A princess in a fairy tale… a victim of war… a sleepwalker navigating the fog… these are the faces Albanian poet Valentina Saracini puts forth. A pilgrim, she leads us through loneliness, fear, and sudden illumination. She paints each page black with her words, inviting lightning. “Bring me my love to the shore/ Get me a crystal boat.”

THE UNBEARABLE BADNESS OF WRITING

A couple of years ago author and provocateur Ron Kolm began soliciting from his Unbearables crew contributions to an anthology containing essays about the worst books they had ever read. The result, aptly, is The Worst Book I Ever Read, recently out from the radical Brooklyn publisher Autonomedia. 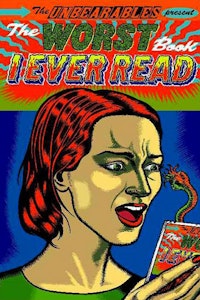 It has been thirty-two years since Elvis Presley died at age 42, a bloated victim of prescription pills and Nutter Butters, and over fifty when a thinner Elvis burst onto the American scene, singing and twitching his way into the hearts of millions. 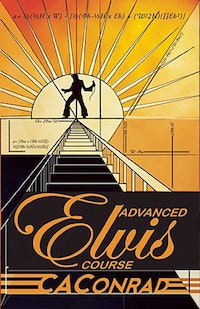 Thanks, yet again, to the good graces of Mr. Gallatin, I received my invitation from the Manhattan Civic Improvement Club to participate in their annual pig shoot. This was well and good, except I did not know how to shoot.