The enemy is not always without, but often within, aided and abetted by elements of the home government. Such was the case of the 1921 Tulsa Riot that was sparked by the unsubstantiated accusation of sexual assault on white female purity by a black Tulsan. During the riot, the Greenwood District, an African American neighborhood, was physically and psychologically destroyed over the course of sixteen hours, and further over the succeeding eighty-two years.

The Race of Architecture

Since their arrival in the sixteenth century, Africans and Americans of African descent have been involved in American design, first as free and slave builders, carpenters, blacksmiths and later as architects. 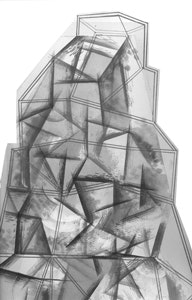