Sam Sheridan with Rene A. Dreifuss

Following in the footsteps of a long line of writers enamored with the picaresque world of combat, Sam Sheridan abandons the bourgeois security of his Ivy League roots and plunges fists first into the kick-boxing rings of Thailand and later into the caged arenas of the exploding new sport of Mixed Martial Arts, better known among casual enthusiasts as Ultimate Fighting. 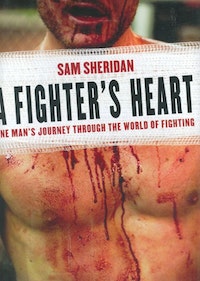