Gedi Sibony’s third solo show at Greene Naftali was a relatively conservative one, though not in any political sense of the term. 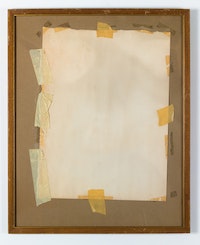 A review of Matthew Craven’s recent show at DCKT Contemporary.

How big is a cotton spinning wheel supposed to be? That was the question that bothered me most walking out of Katharina Fritsch’s recent exhibition at Matthew Marks. 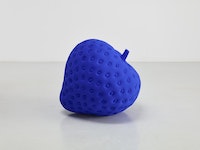 There has been no lack of talk, for the past 10 or so years, of some kind of “crisis” in art criticism. 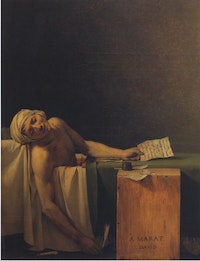 Delights and Frustrations: that could have been the title of the Belgian painter Walter Swennen’s recent exhibition at the Gladstone Gallery. 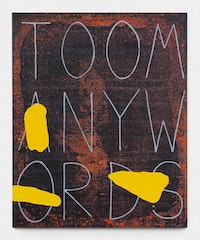 It’s amazing what happens when you dress up a dog. Put a blonde wig on a Weimaraner. Give it a top hat, dress it in elegant furs or a Hawaiian shirt, step back for a moment, and take a look. 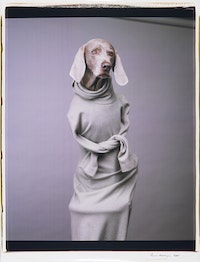 On May 24, 1995, a short obituary appeared in the New York Times for an art dealer named Julian Pretto. He had died two days earlier, at the age of 50, from AIDS-related complications. 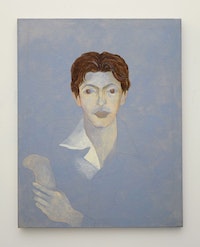 The framing device Gober offers for his quiet new exhibition at Matthew Marks, his first since the MoMA show, is time, which is a recognition of the long gestation period of many of these thirty-nine objects. 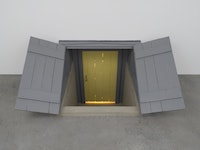 Mel Kendrick was fresh out of Hartford, Connecticut, when he came to New York in the fall of 1971 to study sculpture at Hunter College. Already armed with an undergraduate degree, Kendrick came looking for the conversations that only New York could offer. 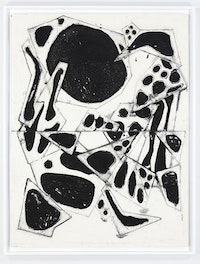 Few artists understand the potential of the moving image as well as Peter Campus does. For fifty years, he has been training his eye on film and video, concentrating on how small breaks can make for big differences that bend our perspectives.

It’s no longer popular to believe that art follows a single trajectory, but the truth is that certain artists follow clear paths. The painter Ted Stamm is a good example.

KIKI SMITH:
Below the Horizon

One hundred and thirty-two years ago, the leaders of Kihal Adath Jeshurun (“People’s Congregation of the Just”) bought three lots on a narrow street in lower Manhattan surrounded by tenements crowded with Jewish immigrants from Eastern Europe. The lots contained only a humble group of wooden row houses, but standing on that street in 1886, they imagined the space filled by a synagogue worthy of the shuls of Paris or Berlin—one that could inspire the impoverished Jews of New York and offer them a place for respite and reflection. Less than a year later, on a budget of $92,000, they completed the synagogue at Eldridge Street, a soaring, neo-Moorish temple and at once the tallest building in the neighborhood, capped by finials with the Star of David.

Perhaps, as Singerman suggests in the catalogue, the curator disliked her works “because he saw himself portrayed in them”—as (in the words of Michele Wallace) “white, old, decadent, empty and dead.” This is largely speculation. But there is no such thing as pristine vision, as Acts of Art and Rebuttal in 1971 makes so clear. 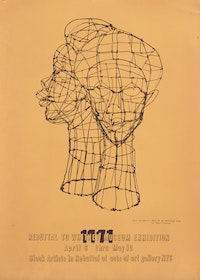 The distended head that rests on a small rectangular base on the floor is polished and smooth. From behind, the elongated form and vaguely twisted neck look entirely alien but for two clipped human ears that perch on either side, just where they should be. Slip around to the front, and now it’s a human head for sure, with a closed mouth and eyes and a sharp nose that cuts into a slot below the brow. 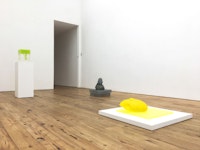 The Revolution Is the Trial

So here we are, misled by false notions: petty legal wrangling, diversionary demands, political posturing. And all within our usual terrain, set out by the returning old guard. “Such is the natural dominion of habit that we regard the most arbitrary conventions, sometimes indeed the most defective institutions, as absolute measures of truth or falsehood, justice or injustice,” Robespierre warned. Thus begins Biden’s hollow restoration.

His latest books of essays, Bland Fanatics, which collects writings published mostly in the 2010s, focuses on the failures of Western liberalism, its mainstream media, and the bankruptcy of its most revered intellectuals. We spoke with Mishra on the occasion of the book about liberalism in disrepute, the lessons of Antonio Gramsci, and the usefulness of certain literary styles. 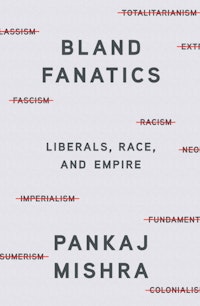 In the past thirty-five years, Davis has published around two dozen books, including a brief history of the car bomb, that “inherently fascist weapon” (Buda’s Wagon, 2007); a Benjaminian study of the fault lines underlying Los Angeles’s contradictions (City of Quartz, 1990); a startling account of the pressure-cooker-like conditions of squalid cities around the world (Planet of Slums, 2006); and a searing analysis of the American working class’s many disastrous defeats (Prisoners of the American Dream, 1986). 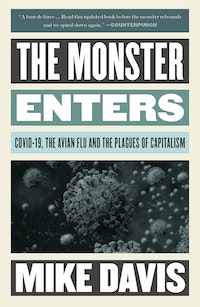 Pac Pobric speaks with Sarah Schulman about what her new book can teach latter-day activists, what AIDS and COVID-19 share, and why ACT UP needed a comprehensive history.

I watched Ste. Anne (2021), Rhayne Vermette’s debut experimental feature, in the most deplorable viewing conditions, in a small, hot room by a hissing radiator, with snow plows rumbling outside and the blinding sun making dark scenes practically invisible. Yet still, it is one of the most perfectly pictured and wondrous sounding movies I’ve seen.