Art as Training in the Practice of Freedom

You have asked me what function art should serve with regard to environmental and social concerns. It should be said that we live in a world where art as we know it is corrupt, exhausted, and weak. We see shimmering edifices of cultural wealth erected on the backs of hyper-exploited labor—the pyramids and coliseums of the 21st century—on land turned into concrete. 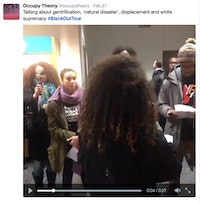