French choreographer Boris Charmatz co-founded the Edna group with Dimitri Chamblas in 1992. During his residence at the Centre Nationale de la Danse, Charmatz developed his BOCAL project, a nomadic and ephemeral school, and is now a visiting professor at the Akademie der Kunste (Berlin), where he is creating a new BA dance curriculum for the 2007 academic year. 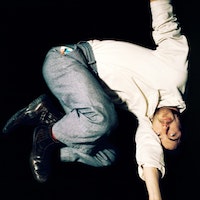