Playwright Rajiv Joseph is no stranger to works that tackle volatile, large-scale issues. In late 2007, New York’s Alter Ego Productions presented his play The Leopard and the Fox, an adaptation of an unproduced BBC screenplay about the 1977 political overthrow and subsequent execution of Pakistani Prime Minister Zulfikar Ali Bhutto.

The first thing that leaps to mind when I think of Jorge Ignacio Cortiñas, the playwright responsible for Tight Embrace (along with the plays Sleepwalkers and Blind Mouth Singing, among others) is the first time I met him.

It Feels Damn Good To Speed 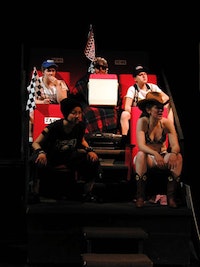