From the late 1940s through the ’60s, New York artists, restless and in pursuit of what they had yet to discover about themselves, headed for Long Island’s East End. The titans who at the time had yet to learn they were titans—Jackson Pollock, Lee Krasner, Willem and Elaine de Kooning, Clyfford Still, Mark Rothko, and Robert Motherwell—were among the visual artists who, when not sequestered in their hushed studios, hung out on the beach, smoking, drinking, cooking, canoeing, clamming, and coveting one another’s lovers and spouses. 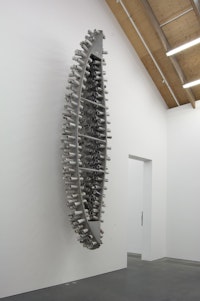 The painter Ellen Wiener and the poet LB Thompson live among a close-knit circle of artists in what’s locally dubbed the un-Hamptons, the last remaining bastion of quiet hamlets stretching along the North Fork of Eastern Long Island, New York.

Art historian and critic Phyllis Tuchman orchestrated an exuberant collection of works, many of them seldom seen, for Robert Motherwell: The East Hampton Years, 1944 –1952 on view at Guild Hall in East Hampton through October 13. 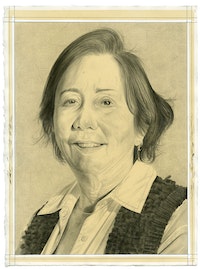 In 1979, at the urging of her friend and colleague, the painter Elaine de Kooning (1918 – 89), Connie Fox moved to East Hampton. Almost daily, the two walked and swam at Sammy’s Beach, a local flat strand of shoreline. 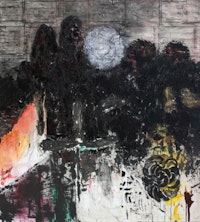 When Allan Wexler looks into the forest he sees its trees as nature’s I-beams, their leafy boughs as protective rooftop canopies. More interested in dwellings for the human spirit than in constructing habitable spaces, Wexler’s architecture-as-sculpture-as installation-as conceptual art isn’t easy to pin down.

Seeing works in an artist’s studio as they’re readied for exhibition is oh so different from viewing them in the surround of a gallery space. Prior to seeing Gabriel Lima’s paintings at Kai Matsumiya’s Lower East Side gallery, I visited the Brazilian-born artist in his Brooklyn studio.

Bradley Walker Tomlin: A Retrospective pays long overdue homage to an artist whose contributions to Abstract Expressionism have been relatively overlooked.

Glenda León: Every Shape is a Shape of Time

As this meticulously curated exhibition introduces us to Glenda León as a well-established media ecumenical whose broad artistic range transports us from a shower stall in Cuba to ethereal constellations in the universe, so does it remind us of the power of art to sustain and guide us through life’s most challenging moments.

At first glance, this expansive exhibition of fiber and textile-related works heartens the viewer as gently and naturally as a loose button welcomes needle and thread.

On the first cool day of autumn, Sarah Sze walked me through her exhibit at Tanya Bonakdar Gallery in Chelsea. In the moments before she appeared, I’d been looking at the new work, feeling a bit like Alice in a topsy-turvy place, bursting with questions. 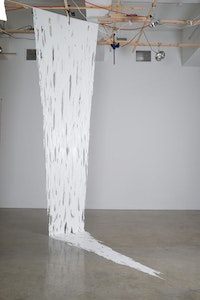 The First Riga International Biennial of Contemporary Art (RIBOCA): Everything Was Forever, Until It Was No More

The former Faculty of Biology at the University of Latvia, today a museum teeming with formaldehyde-preserved creatures and taxidermic wildlife, is an apt venue for a group of artists who mine the Anthropocene epoch for signs of human folly and obsolescence.

The 10 artists featured in Picture/Thing, an exhibition exploring the relationships between photography and sculpture, unleash art history’s most beguiling trickster: The Photograph. 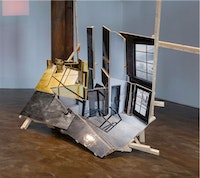 One step into Alexander Gray gallery and you know that Joan Semmel is a fearless woman. Semmel chose to work with the nude female figure during an era dominated by male minimalists; a time when figuration was a very poor choice for artists seeking recognition. 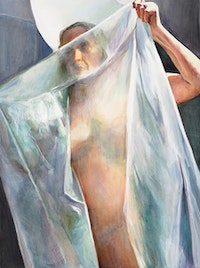 The Frick Collection celebrates this British artist, lionized today for his explosive swirls of abstract color and light, with a selection of his luminous studies of European ports: harbors for the pursuits of everyday life that he renders as quotidian snippets in the infinite scheme of things. 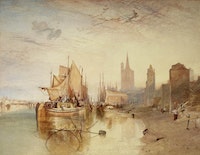 While the divergences between their works, in genre, medium, and scale are huge, they are inextricably linked by a primal human need to keep alive memories—to say, “I was here and this is the way I remember how things were.”

Adam Straus is Still Looking for the Promised Land. A romantic at heart, he’s as humbled by nature’s transcendent beauty as he is unnerved by humanity’s ugly relationship with it.

Abstract Expressionism Behind the Iron Curtain

In 1945, Jackson Pollock and Lee Krasner purchased an 1879 farmhouse in Easthampton, New York that is today the Pollock-Krasner House and Study Center. Here, they created the iconic paintings that helped launch a distinctly American style of Abstract Expressionism. 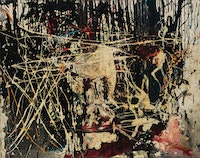 Artist Stories from the Pandemic

To date, the museum’s website features 51 videos testifying to artists’ personal reactions to this calamitous pandemic. But Erni’s archival project does much more: the short, sometimes breathless clips in this video montage create a poignant exhibition with explicit themes distilling both the agony and unrelenting resilience of artists as they adapt to change. 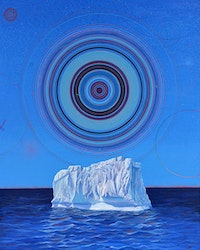 Quite a cast of characters are chatting things up at Algus Greenspon Gallery.

Hockney-Van Gogh: The Joy of Nature

Hockney–Van Gogh: The Joy of Nature is unabashedly a David Hockney (b. 1937) exhibition but with a twist, it winds the modern master's works around his lifelong fascination with Vincent van Gogh (1853-1890).

Mel Kendrick: Seeing Things in Things presents a riveting survey of works, from 1983 to 2022, by an artist who absorbed minimalism’s quirky mystique as he unabashedly broke most of its codifying rules.

Hank Willis Thomas & For Freedoms: Another Justice: US is Them

For Freedoms aspires to engage the arts as a means of helping people reconsider how we as a people view and mete out justice. It’s a huge sweeping mission, but one that the exhibition, Another Justice: US is Them—Hank Willis Thomas & For Freedoms (US refers to the United States) manages to distill to intimate size and scale.

No Man's Land: Women Artists from the Rubell Family Collection

How sweet it is, then, that this 1908 Renaissance revival landmark is now  “no man’s land”—home to an art museum dedicated to women in the arts!  This is the irony, though not the inspiration, for the current exhibition NO MAN’S LAND: Women Artists from the Rubell Family Collection.

Marcuse “Cusie” Pfeifer is a one-of-a-kind phenomenon in a world of multiple editions. When she opened her gallery on Madison Avenue in 1976, she exclusively exhibited photography, aggressively promoted women photographers, and agitated the art world with the first photography exhibition devoted to The Male Nude (1978). 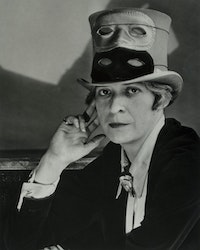 Glass is a seductive, scary medium: it’s hot, it breaks; it requires artists to toss their creative visions into molten infernos, and to collaborate. Independent curator Julie Courtney felt no hesitation whatsoever when she invited eight visionary artists to play with fire;

Every three years, the Parrish Art Museum curators relinquish their decision-making powers to a team of well-established artists who judge a competition. Artists Choose Artists is an exhibition of works by seven jurors and 21 selectees. For this fourth iteration the jurors—Lillian Ball, Ralph Gibson, Valerie Jaudon, Jill Moser, Alexis Rockman, Lucien Smith, and Allan Wexler—sorted through 300 online portfolios and visited selected studios of artists residing within local zip codes. In prior years this arduous exercise raised the question, “how do artists who are not curators choose?” This year, jurors tended to pick artists whose work resonates with their own styles, their choices and juxtapositions uncannily and unexpectedly raising intriguing and urgent issues. 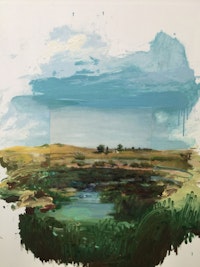 BREAKING THE FRAME
Space, Time, and a Body of Work

“Carolee is spinning the moon,” whispers Marielle Nitoslawska, speaking over the golden orb dancing in the night. This opening sequence of Breaking the Frame, Nitoslawska’s documentary film about the artist Carolee Schneemann, was shot by Schneemann many years ago.

Madeline Schwartzman’s unconventional methodologies—as a scholar, teacher, writer, artist, and curator—navigate intricate webs through art, science, reality, fantasy, logic and absurdity, though they criss-cross with startling ease in both her books. 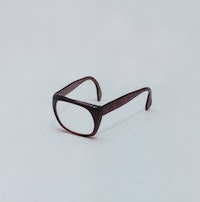