Among Friends: 1958–63, the exhibition of Mimi Gross's paintings and drawings from the early 1960s at Eric Firestone Gallery, is not only a sheer visual pleasure, it also adds to our understanding of American modern art. 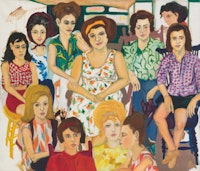 This is a double portrait in counterpoint tongues, musings, mutterings, riffs, and rants, reflections and peregrinations through lexical domains. 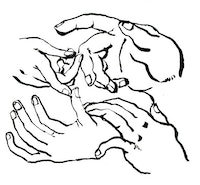 Every era creates a utopia in its own image. In ours, the summer’s film offerings exhibit enough dystopian worlds to make the point. Batman, Land of the Dead, Star Wars: in popular culture our empire has become evil, dominant, corrupt, controlled by an exclusive corporate class that gouges the poor and squanders the natural and cultural resources.