Two Extracts from Aline and Valcour

by the Marquis de Sade, translated from the French by Jocelyne Geneviève Barque and John Galbraith Simmons

No surprise that Sade would defend what came to be known as homosexuality but his reasoned defense of it is unusual for its rejection of nurture or upbringing as its cause in favor of what would within a couple of centuries be largely acknowledged as owing to inborn biological or constitutional features. From the character known as Sarmiento, a thoroughly unpleasant Portuguese adventurer who has gone native in Africa, a hundred years before Conrad’s Heart of Darkness. 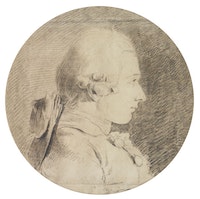