The back of the Hot Docs Canadian International Documentary Festival program guide offers an index of films organized not by director or country, but by subject. While this provides a useful point of entry, especially for a festival boasting more than 200 titles, such a guide remains indicative of the continued privileging of content over form in non-fiction film.

In late June, the three editors of Midnight Eye published a text detailing their decision to close up shop after fifteen years as one of the leading English-language resources for Japanese film. While they gave several reasons, one rang louder than others: the Japanese film scene just wasn’t cutting it.

A Portuguese elevator factory might not seem like the most obvious setting for a maximalist experimental feature about the state of contemporary labor, but anyone who follows the more audacious streams of Portugal’s national cinema knows to always expect the unexpected.

The Drift Back: Margaret Tait at 100

The films of Margaret Tait often portray a contradictory sense of time, one that seems suspended while also rushing or galloping forward. The effect, while hinting at philosophically grand ideas, also reflects the founding principles of cinema: moving images borne out of sequential still frames. It's a phenomenon that Tait herself expressed wonder in. "It's mysterious, isn't it?" 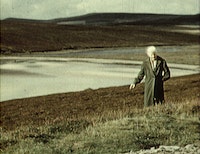 Site and Sound: The Films of Ha Gil-jong

Ha’s work always embodies a prickly relationship to the state and assumed social conventions. (It’s worth noting Ha’s lifelong commitment to such agitation, including his participation in the anti-government protests of the 1960 April Revolution, before his turn to filmmaking.) If the filmmaker’s oeuvre remains thrilling and unique 40 years later it arguably hinges upon such dissidence, complimented by a style which uses western points of reference—particularly European arthouse ones—in service of a distinctly domestic cinema responding to questions concerning South Korean society, politics, and cultural policy.

IMAGES OF THE WORLD:
At the Harun Farocki Institut

Film exhibition and spectatorship are reimagined inside the gallery space; found-footage works are produced without an artist ever picking up a camera; distinctions based on medium-specificity are constantly troubled and blurred; fine art, advertising, and technical videos are subsumed under the heterogeneous designation of “moving images”—critical examination of the above developments, recurring topics in any discussion of contemporary media, rarely exist independent of Harun Farocki, whose legacy as an artist and a lucid critic of visual culture—before such a term entered common parlance—seems to deepen with each year. 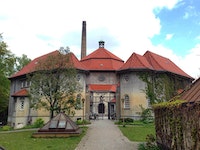