extracts from The Art of Joy

By Goliarda Sapienza, translated from the Italian by Anne Milano Appel, out now on FSG

Poor creature! Poor child! If I hadn’t seen it with my own eyes and heard it with my own ears, I wouldn’t believe it! Leave her be, maresciallo, leave her alone. Don’t harass her anymore. Can’t you see how she’s trembling? What more do you want to know? 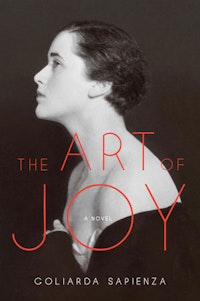