Shot of a modern kitchen. In the middle of the kitchen, a young woman wearing a white apron, holding an egg in her hand. Then the fingers that are holding it, and the hand; then, the woman’s neatly arranged hair; then her forehead, her eyes, her head. 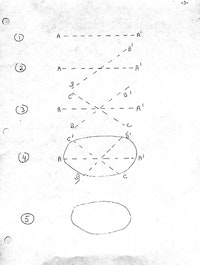