The following is one in a series of four texts written by Etel Adnan, initially upon receiving a postcard from Tunisia, from her friend Khaled Najar, who then translated them into Arabic, and published them with his press, TAWBAD. The short poems are direct, darting with politics, with distance, pain, insomnia, the love of detail. 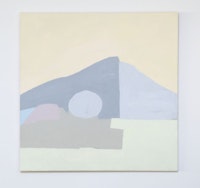