The friendship of painter Bill Jensen and poet/translator extraordinaire David Hinton grew out of a shared interest in Eastern philosophy, Chinese poetry and painting, and other related subjects—and it is a friendship that seems to deepen as the years pass. 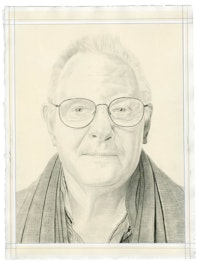 David Hinton is an American poet and renowned translator of Chinese poetry.