In the same style as her previous work, Alexandra Naughton’s immediate, breathy voice “laps up the mundane” as though it were alive, as though products had hearts and processed food had lungs. Like if shops were castles and the mirror a portal. Often American Mary feels more fantasy than memoir although I think it has a bit of both. I think the book is incredibly accurate in its synesthesia, instead of the senses, of life and product—almost the opposite of personification? We relate more to the products around than they do to us, let’s be honest. 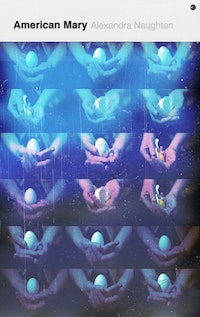