Something as Ordinary as a Smile

“The New Normal” already is no longer new, it is The Normal. As women and femmes of trans experience, we already know what struggle is, but what we know more than anyone else is how to survive and endure. Living is not easy, but being alive, I hope, will come more naturally once we realize that we have the ultimate power to learn and grow from all this. 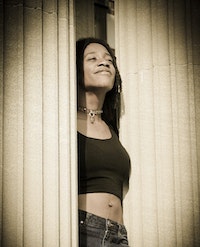