Artist of the Visible

First—a small line, traced on the wheel of a bicycle in a special ink. The bike was ridden throughout the town. Every sidewalk was marked with the line; it was feathered in shape, as if fallen from a small goose or large dove. 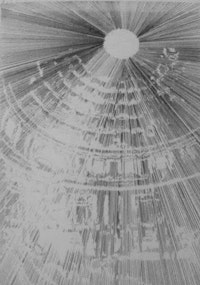