Discovering Duchamp through the “Fourth Dimension” in 1971

In 1970 the Stedelijk Museum’s first major Kazimir Malevich exhibition had revealed his use of “Fourth Dimension” in his titles. And, most importantly, there was a clue in the entry for Duchamp’s 1920 Rotary Glass Plates in the 1968 catalog of the MOMA exhibition The Machine as Seen at the End of the Mechanical Age. 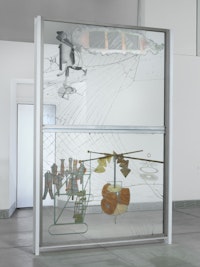