The Macaluso Sisters follows five orphaned sisters who rent doves as they deal with the grief and ramifications of the youngest sister’s death during a childhood adventure at the beach. The film follows the sisters—some of whom are played by multiple actresses—over the course of their lives. The Macaluso Sisters was a 2020 Venice International Film Festival Official Selection, and was released in American theaters this August.

While The Tragedy of Macbeth and Parallel Mothers focus on legacy and inheritance, an interesting trend of the other films is the emphasis on children's perspectives as they learn about the corruption of our world.

The Baseball Film is as much about the history of film as it is about the history of Major League Baseball. Baker weaves together conversations in sports and film to create a critical guidebook that surveys the work done on baseball in both film studies and historical studies of the sport. 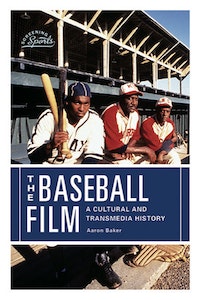