that p may occur or not

Let's say: “that p may or may not occur.” Is “that” a demonstrative pronoun pointing to the proposition p; a conjunction lacking an introductory clause which it itself would link to the predicate; a grammatical or semantic anaphora (more euphonic than “substitute”) representing a noun; a blank to be circumstantially filled; a conventional notation to advance a hypothesis; or a synonym of “let's say”? 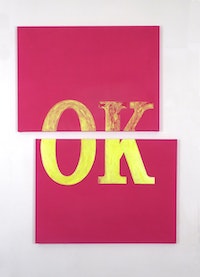