In the wake of Miller’s passing in late 2014, Rod has shared the poet’s work in a number of literary magazines, narrated the 2017 feature film Unburying Malcolm Miller, and secured permanent residence for his numerous books and papers at McGill University in Montreal. Now, in 2020, he’s published the first (but likely not last) anthology of Miller’s poetry. 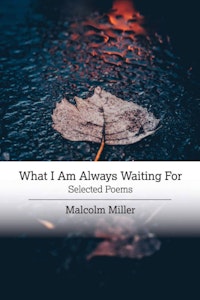