By George Grella and Brad Cohan

Live performances around the city this month.

Mezzo-soprano Lucy Dhegrae is currently the Artist-in-Residence at National Sawdust in Brooklyn, where she is performing her four-part Processing Series concerts. She is also the Director and founder of the annual Resonant Bodies festival of new vocal music. On February 10, she will perform at the Appel Room for the New York Philharmonic’s Project 19, and February 19 she sings Elliott Carter's Tempo e Tempi with Ensemble Échappé at the Italian Academy. On March 7, she will have her debut at 92Y, performing George Benjamin's Into the Little Hill with Talea Ensemble, and March 28 she performs the third segment of The Processing Series, I Was Breathing, at National Sawdust. 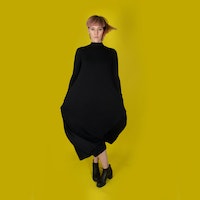 Winter Jazzfest 2020:
My Kind of Marathon

With its scores of stages already filled with superb musicians every night, does New York need a Jazzfest? I’d say a strong yes. Besides offering a comparatively cheap way to see a ton of great music, it does link disparate musicians and their audiences in a larger enterprise. 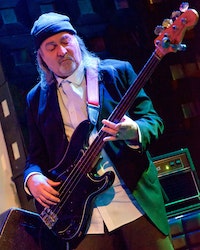 Winter Jazzfest 2020:
Groove is in the Heart

Rock and roll is Black music. White musicians play it, and play it well—like every other music it belongs as a practice (not an object) to those who make it with sincerity—but it began as Black music. And as this double-bill in the cozy kitsch-chic of The Sultan Room shows, it's at its best in the hands of Black musicians. That's because rock, at its best, is about shit. 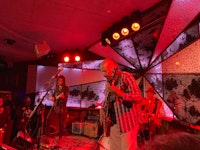 Winter Jazzfest 2020:
There's No Such Place as Away

2020 is hardly off to a promising start; with a possible new global conflict, impeachment, the climate crisis, and economic uncertainty, the world seems daunting. Jazz has always been a music of the issues of the day, and this year’s Winter Jazzfest faced today’s upheaval head-on.

With Angel Deradoorian prominent, and Okkyung Lee slicing through with her cello, the music is a vehicle for reaching a state of being separate from the reality outside Pioneer Works. That is Riley’s point, and it’s what makes him special.

The Jazz Jantar festival has now reached its 22nd edition, and is housed at Klub Żak in the Polish city of Gdańsk. This is a cultural center whose roots stretch back to 1955, though the present building was completed in 1991. Jantar is the Old Polish word for amber, a mineral that’s been central to this port city since the end of the 16th Century.