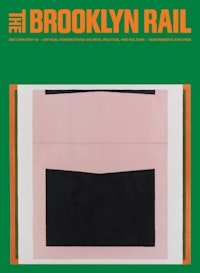 Notes from a Sunken Third Place

For this issue, I sought the company of colleagues/friends with whom I’ve had numerous discussions on what is holding this nation back—not just in the Trump era, but as a whole. It is no secret that we are also at the cusp of a new digital era that reinforces binary thinking. 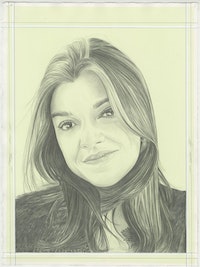 K. Desireé Milwood is a Panamanian-American poet & author of Poems for My Namesake released in 2016. She is known for her witty & thought provoking style of haiku. She currently resides & creates in Newark, New Jersey.

The Project as Institution and Individual

I would like to take intersectionality outside of the scope of individual identity, and apply it to institutions and the professional landscape of our beloved and ever-expanding “Art World.”

In your words, another earlier world was given weight and dimension, made real. The world into which you were born a third-class citizen, a girl child of the Black majority violently swept aside and under the boot of Cecil John Rhodes and his grasping descendants.

“We Are Our Own Monuments”: Dispatch from Philly

The juxtaposition of armed troops called into the city to “protect” and an elevated portrait of Black Lives Matter protesters’ rituals of recognition, right where the Rizzo statue marked systemic racism’s enduring roots, highlighted the complexities and contradictions that undergird Philadelphia.

A compositional outpouring by collaborating mothers and designers Chantal Fischzang and Rebecca P. Jampol. A visual pandemonium of reflection on 2020 pandemic caretaking, and the often invisible, and impossible role of a mother. 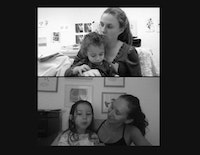 Kambui Olujimi is a son of Brooklyn and daughter of Queens. Kambui is a maker whenever one can be.

The devil is in the walls of our institutions. It haunts the interface. Art needs room to breathe, we need to let it out.

My father died in Burundi. Everyone brought their own version of him to the funeral. At the burial ceremony, as part of a ritualized grieving process, I was struck by the continuum of processing and performing death, and the intimacy between Black people and death around the world.

Whether I was aware of it or not, "otherness" has been at the center of my consciousness. My early ideals of beauty were shaped by paintings throughout art history, television, and photographs in fashion magazines. These images were presented as beautiful, mythical, and heroic. Engrained reminders that placed me outside the embodiment of a particular “Venus” that didn’t look like me, which ultimately influenced the way I viewed myself. 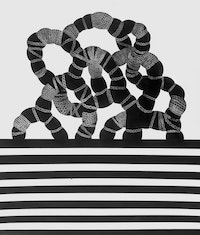 This past summer, David Antonio Cruz ­­and Jason Elizondo came together in a virtual public discussion, Mother: A Conversation on the Relationship Between Queer Child & Mother to discuss their experiences in times when their queerness has strained yet deepened their bonds with their mothers. That conversation is available to watch on Vimeo.1 They came together again to talk about their intergenerational experiences with breaking the binary and queering art. 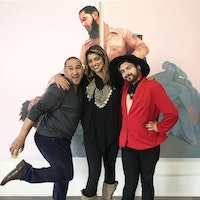 It is hard enough to envisage the future when everything seems possible; harder still in conditions that threaten to foreclose on bodily integrity, or one’s very survival. Such is the history of queer representation which, in deference to juridical realities, long relied on coded representations for self-representation. 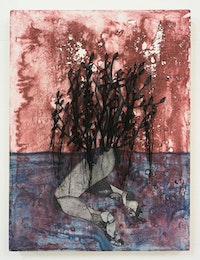 …and you called it entertainment. / Black Girl was shot.