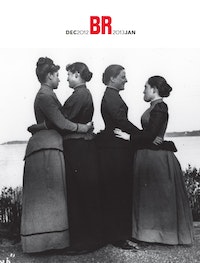 Austrian-German filmmaker Michael Haneke is often considered the most “European” of directors.

The Comedy, directed by Rick Alverson and starring Tim Heidecker with Eric Wareheim in a supporting role, is the blackest comedy about white privilege since at least David Fincher’s Fight Club, that fin-de-siècle paean to libertarian survivalism and Brad Pitt’s abs.

RETURNING THE FOURTH WALL
Reenactment as Recursion at CPH:DOX

In the 10 years since the inception of the Copenhagen International Documentary Festival (CPH:DOX), Scandinavia’s major documentary festival, nonfiction filmmaking has arguably undergone more changes than in all its prior decades combined.

Hollis Frampton’s career as a filmmaker was somewhat brief: His earliest works were made in 1966, and he continued making films consistently until his untimely death from lung cancer in 1984, when he was only 48. Nonetheless, few figures loom as large in the history of American avant-garde cinema, proliferating ideas about and through the cinema that continue to reverberate among today’s practitioners.

FACES
Middle of Nowhere and Nothing But A Man

Writer-Director Ava DuVernay’s second feature, Middle of Nowhere, is all about faces—black faces in extreme close-up.

THE OUTER LIMITS
First Look at Museum of the Moving Image

Only in its second year, the Museum of the Moving Image’s First Look has staked its claim in that undiscovered country of films that have traveled the international festival circuit, but haven’t yet found a venue in New York.